Twitter announces the launch of their new live video streaming video app, Periscope. Originally developed by Kayvon Beykpour and Joe Bernstein in 2014, was acquired by Twitter in January for reportedly $100 million.

A free app for IOS, Periscope is a live audio and video broadcasting app for your smartphone, allowing users to stream video easily and instantly. Viewers are able to stream videos at any time, comment and send hearts to the broadcaster all from within the app.

Live broadcasting apps are not the new kid on the social media block. Last month, the app Meerkat was launched and generated much interest at the SXSW festival. It was reportedly rumored that Twitter was attempting to acquire Meerkat, as it relies heavy on the Twitter’s network to allow users to watch videos based on their Twitter following. Instead, Twitter went after their competitor, Periscope and reportedly began blocking Meerkat’s access to their social graphs, which shows not to be a problem for Periscope. Twitter hasn’t as of yet integrated Periscope with their powerhouse social media platform, unlike their other video app, Vine, which allows the user to embed videos into their Twitter timeline without leaving the app. The decision to not integrate the two platforms was to keep intact Twitter’s current identity, as Beykpour explains, “It’s really hard to change people’s perception of what a product is after it’s been around for seven-plus years, Though other features deserve to exist within Twitter, I don’t think that’s the right way to launch a new experience that we think is special.”

What sets Periscope apart from other video apps, like Meerkat, is the broadcaster’s ability to see things in real time. The ability allows the broadcaster to see what parts of their broadcast are most interesting to their followers/consumers. Periscope also makes all broadcast available for replays for up to 24hours, allowing for continued engagement with fans. As brands are starting to see real-time engagement as a crucial problem for 2015, Periscope may just be a very beneficial piece of any marketing strategy. 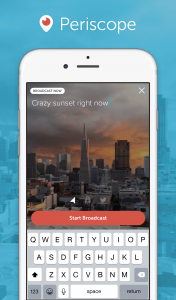 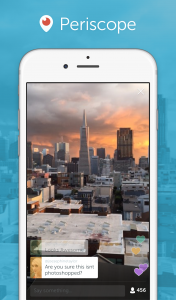 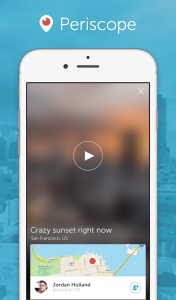 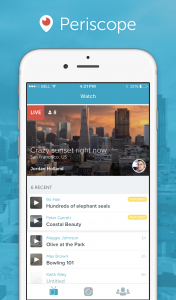 Luke is from Northern California and migrated South for education and the beach lifestyle. After graduating from Cal State San Marcos he set his sights on working for a digital marketing agency in San Diego. Soon after, he joined the team at NDMR to create content and manage accounts. Luke likes flip-flops, laughing, animals, and avocados. In his off time you can find him getting shots with his drone.